Win a copy of Peter V. Brett’s THE SKULL THRONE, Book Four of the Demon Cycle 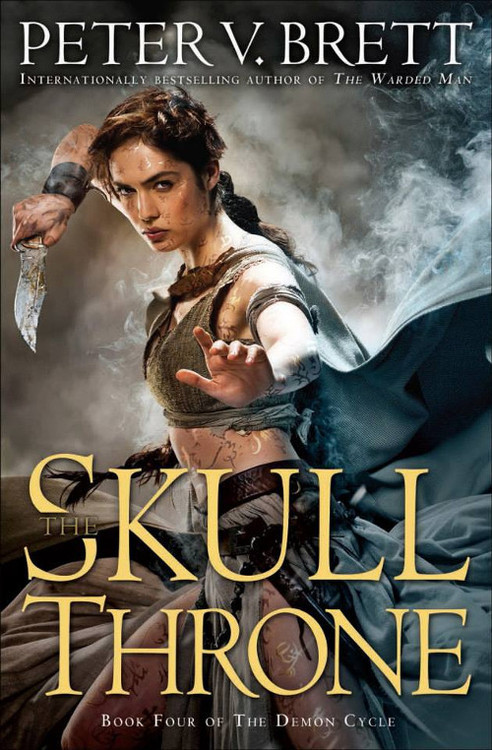 Over on his eponymous site, Peter V. Brett is hosting a contest for the ARC of the forthcoming The Skull Throne (book four of the Demon Cycle) and other goodies.

1. Choose a favorite scene from any of the Demon Cycle books.

2. Create a piece of fan art (see above definition) you feel represents that scene in some way.

3. Submit all entries to contest@petervbrett.com with the subject line “Skull Throne ARC Contest”. If you have a physical entry, you can send it to:

4. Contest open globally, enter as many times as you like.

5. Entries will be accepted until my birthday, February 8, 2015.February 9 I will pick winners, and prizes will ship ASAP.

Grand Prizes will be ARCs of The Skull Throne.

Second prizes will be hardback US trade copies of Messenger’s Legacy with cover art and B&W interior illustrations by Lauren K. Cannon.

For full details about the contest and The Skull Throne, visit Peter V. Brett’s virtual home.

Then be sure to swing on by the Tachyon page for info about the July release of The Great Bazaar & Brayan’s Gold. 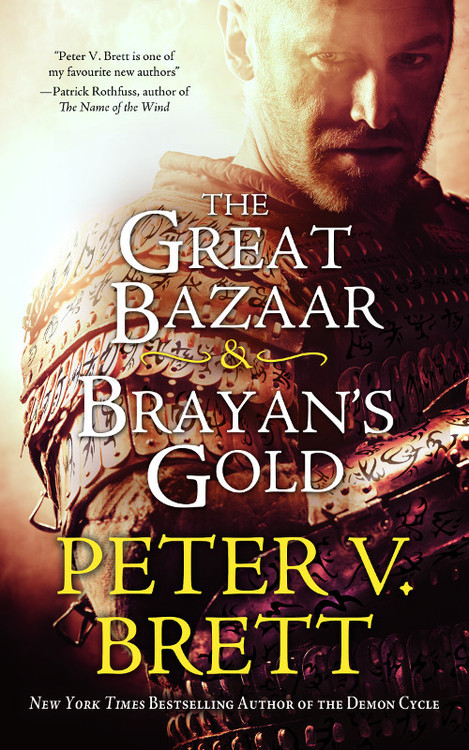 With the July release of The Great Bazaar & Brayan’s Gold, the omnibus edition of Peter V. Brett‘s first two Demon Cycle novellas,  Civilian Reader decided to repost (and revise) their 2011 review of the stories.

A superb, short foray back into the world, I really enjoyed reading about Arlen and his early adventures again. These two stories are perfect for fans who need a fix before the next book’s release.

The Great Bazaar adds a little more colour to the characters we met in The Painted Man, and fills in some details of times when the narrative of the first novel jumps ahead in time. I was really happy to learn more of Arlen’s time in Krasia, which proved to be such an important and formative experience for him on his journey to become the Painted Man.

It’s another good story that fills in more detail of Arlen’s formative time learning the Messenger trade, and also fleshes out our impression of the world. Most importantly, it illustrates his single-minded pursuit of anything and any way to take the fight to the demons, not to mention his survival skills. The whole story, I found, was a perfect explanation of who Arlen is and what drives him.

In both of these short stories, Brett’s skill as a writer shines through. His prose has that superb quality that pulls you right on through the story, whizzing through the pages at an alarming rate. Really engaging, it’s no wonder this series is so popular, and continues to do so well.

This was a great, short read. Really very highly recommended, this is a must-read for all fans of the series.

Read the rest of the review at Civilian Reader.

For more info about The Great Bazaar & Brayan’s Gold, visit the Tachyon page. 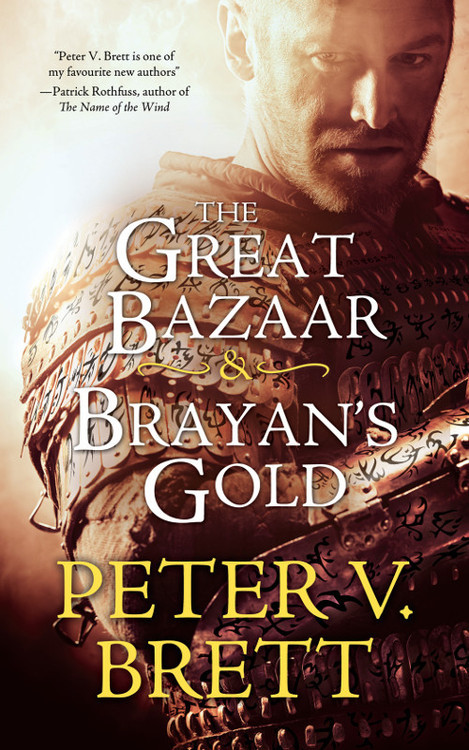 From the dangerous world of the Demon Cycle comes the early adventures of Arlen, Peter V. Brett’s quintessential fantasy hero. These exciting origin tales follow Arlen as he learns to navigate a world where the elemental forces of evil conjure themselves from the earth each night.

Humanity has barely survived a demonic onslaught by using magical wards that protect their cities and homes. Only a handful of mercenaries and explorers risk traveling after the sun sets. Arlen, seeking adventure and fortune, is barely protected by the warded armor upon which he has inscribed intricate defensive runes. From a journey ferrying a wagonload of dynamite to a mountain stronghold, to a dangerous mission to recover desert treasures, Arlen faces friends and enemies with a strong arm and a cunning wit.

Excerpt from Chapter One of Brayan’s Gold

It was a cool morning, dawn still an hour away, but Arlen was already sweating profusely in the new armor—solid plates of hammered steel linked at the joints by rivets and fine interlocking rings. Beneath, he wore a quilted jacket and pants to keep the plates from digging into his skin, but it was scant protection when Cob tightened the rings.

“All the more reason to make sure I get this right, Cob said. “The better the fit, the less likely that will happen when you’re running from a coreling on the road. A Messenger needs to be quick.”

“Don’t see how I’ll be anything near quick wrapped in bedquilt and carrying seventy pounds of steel on my back,” Arlen said. “And this corespawned thing’s hot as firespit.”

“You’ll be glad for the warmth on the windy trails to the Duke’s Mines,” Cob advised.

Arlen shook his head and lifted his heavy arm to look at the plates where he had painstakingly fluted wards into the steel with a tiny hammer and chisel. The symbols of protection were powerful enough to turn most any demon blow, but as much as he felt protected by the armor, he also felt imprisoned by it.

“Five hundred suns,” he said wistfully. That was how much the armorer had charged—and taken months in the making. It was enough gold to make Arlen the second-richest man in Tibbet’s Brook, the town where he had grown up.

“You don’t go cheap on things that might mean your life,” Cob said. He was a veteran Messenger, and spoke from experience. “When it comes to armor, you find the best smithy in town, order the strongest they’ve got, and bugger the cost.”

He pointed a finger at Arlen. “And always …”

“… ward it yourself,” Arlen finished with his master, nodding patiently. “I know. You’ve told me a thousand times.”

“I’ll tell it to you ten thousand more, if that’s how long it takes to etch it into your thick skull.”

This just in from Tachyon HQ: Boys, Beast & Men ga

Happy Hanukkah! We made a book menorah! Can you te

A rough sailor called Ishmael turns up on a Josiah