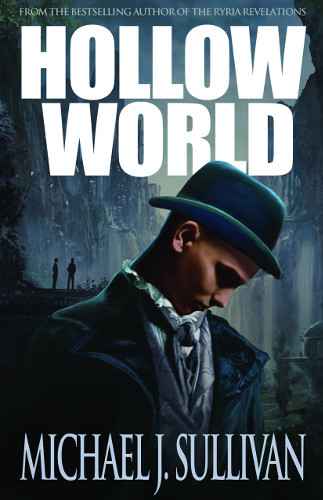 When I asked Brown to cite one of the most effective authors on Goodreads, he named fantasy author Michael J. Sullivan without hesitation.   Sullivan is one of those writers who’d written a closetful of books before he was first published.  He moved from publishing in a small press to self-publishing and then traditionally publishing with Hachette starting in 2011.  He’s sold 475,000 books in English and has been translated into 16 other languages.

Sullivan’s told me that he engaged with Goodreads as a reader first, rather than an author.  He set aside an hour a day to engage on the site.  “Goodreads was 80% of our success early on.”  Sullivan joined multiple fantasy groups and avidly read and discussed the work of other authors.  While he listed his own books in his signature, he was careful not to push them as a community member. But he built a solid base of friends on the network and these friends helped him grow as he published new books.   He had three specific suggestions for using Goodreads:

To learn Sullivan’s three suggestions and to read the rest of Vinjamuri’s insightful article, visit Forbes.