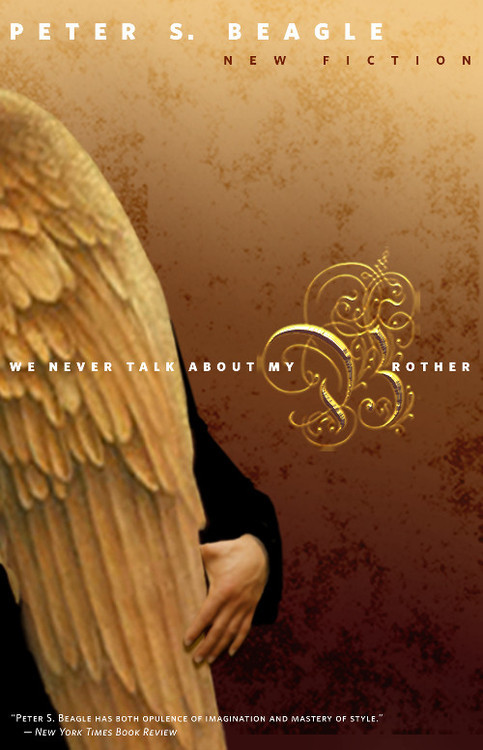 Megan Porzio selected Peter Beagle’s We Never Talk About My Brother as the staff pick of the week for the Franklin Township (Somerset, NJ) Public Library.

Modern parables of love, death, and transformation are peppered with melancholy in this extraordinary collection of contemporary fantasy. Each short story cultivates a whimsical sense of imagination and reveals a mature, darker voice than previously experienced from this legendary author.

In one tale the Angel of Death enjoys newfound celebrity while moonlighting as an anchorman on the network news, while in another the shortsighted ruler of a gentle realm betrays himself in dreaming of a “manageable war.” Further storylines include an American librarian who discovers that, much to his surprise and sadness, he is the last living Frenchman, and rivals in a supernatural battle who decide to forgo pistols at dawn, choosing instead to duel with dramatic recitations of terrible poetry.

Featuring several previously unpublished stories alongside a bevy of recently released works, this haunting compilation is appealing to both genre readers and mainstream literature lovers.

For more information about We Never Talk About My Brother, visit the Tachyon page.