If you like your horror fun, fast and frenzied, WE ARE ALL COMPLETELY FINE is for you

This is quite a cast of memorable characters: from Stan, who survived captivity with cannibals, although he sports a few less appendages, to Barbara, who carries secret messages etched on her bones courtesy of a scrimshander. Dr. Sayer is aware of their continued anxiety, and encourages the group to bond and work through their problems. Unfortunately, something dark and malicious is released through their sessions, and the danger escalates for the entire group…

Part horror, part psychological thriller, Daryl Gregory keeps us in uncomfortable suspense while managing to wrest a few chuckles along the way. If you like your horror fun, fast and frenzied, this is the book for you!

In an interview on the French site Elbakin, Le Bélial’ publisher Olivier Girard talks about the publishing house’s forthcoming publication of WE ARE ALL COMPLETELY FINE.

A book denies in any sense, a pure gem of dark fantasy. Imagine a gallery … One has been partially eaten by a cannibal – well, that’s what he said … Another is convinced he unspeakable secrets etched deep in his own bones. A third never takes off his sunglasses. Never. Yet another could be a mass murderer … And all these people following a group therapy. With Dr. Jan Sayer. Who is right? Where is the monster? And are we not all someone’s monster? This book is truly a marvel of intelligence and horror!

Read the rest of the interview at Elbakin.

For information on WE ARE ALL COMPLETELY FINE visit the Tachyon page. 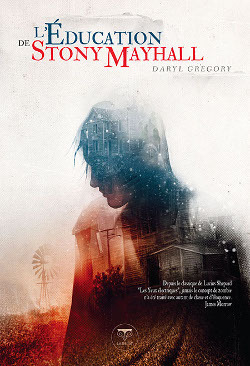 The Bruising of Qilwa was shortlisted for the 2023

It's a Goodreads Giveaway! US residents can enter

Happy Birthday to Karen Joy Fowler! Fowler is the