Fans of the HBO True Detective series (and those who are not) will love this new themed anthology from acclaimed genre editor, Ellen Datlow. There are several selections written by authors whom Nic Pizzolatto cited as influential to the series, so let’s look at them first: Laird Barron’s “Bulldozer”, features a rough, resilient Pinkerton Man and a traveling circus strong-man enmeshed in cosmic mystery; Karl Edward Wagner’s “I’ve Come to Talk With You Again” tells of an American author of Lovecraftian tales on holiday in London who invokes the Yellow King himself; Thomas Ligotti crafts a narrative nightmare about a man who unwittingly locates a hidden world, and John Langan contributes a brand new and spectacular dark tale, “Children of the Fang” about an old woman who returns to her grandfather’s home to reveal secrets she and her brother stumbled upon as children. The rest of the stories contained in this anthology stake new territory in the Lovecraft mythos as well, several of them set in Lovecraft’s fictional town of Innsmouth by Neil Gaiman, Kim Newman, Brian Hodge and Catlin R. Kiernan. Elizabeth Bear’s darkly humorous “Inelastic Collisions” finds a pair of exiled (and very hungry) creatures marooned in attractive female human bodies shooting pool in a bar while hunting prey; Steve Rasnic Tem goes full dark with his tale of a hybrid human/monster traveling with his human wife and hybrid children; Howard Waldrop and Steven Utley collaborate on a lively weird tale set in the Old West; Gemma Files contributes two disturbing poems, and much more. There are eighteen varied and marvelous pieces included in this anthology and, strangely enough, the one story I felt most closely aligned with the True Detective series is written by the inimitable Joe R. Lansdale, a hard-boiled noir detective story titled “The Bleeding Shadow” set in mid-1950s Texas, in which an unlicensed and unorthodox private detective who is on the trail of his ex-lover’s missing brother finds a darker world than he ever imagined possible. As Editor Ellen Datlow states in her Introduction, she sought stories that bring something new to the mythos of Lovecraft’s Old Ones and their minions rather than pastiches that cover well-trodden tropes. Mission accomplished! Each story is a dark wonder and the volume itself is absolutely gorgeous, sumptuously illustrated throughout with steampunky-baroque original art by World Fantasy Award-winning artist John Coulthart. LOVECRAFT’S MONSTERS is a must-have for every fan of dark speculative fiction, so click on the cover graphic and grab it!

Check out the rest of the Creature Feature selections at the Tomb. 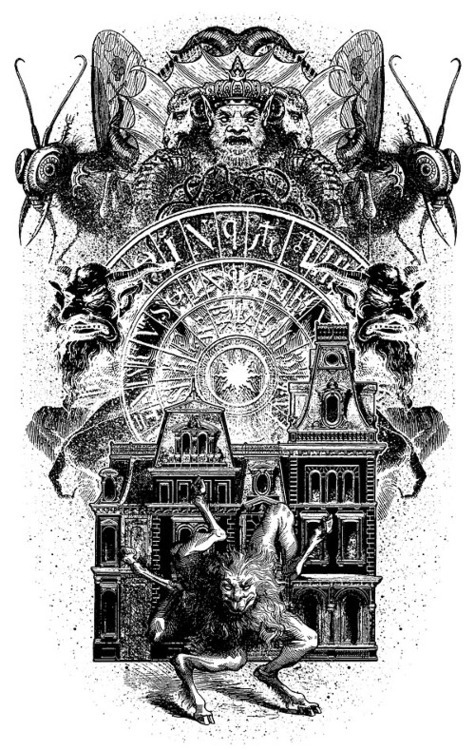 "I do not have a lot of experience with parties, a

Book mail! Tachyon HQ sent me my copies of the ARC