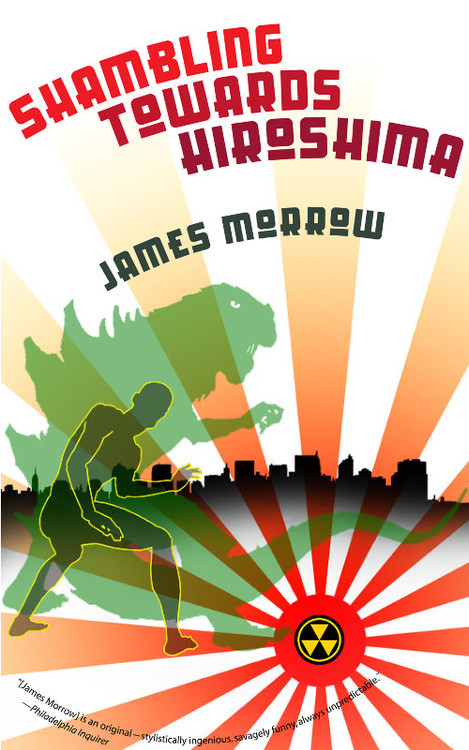 The other new titles:

Too Cool To Be Forgotten by Alex Robinson (Top Shelf)

The new books join this already exciting lineup to make a bundle of 13 titles:

Pay what you want. Support charity. Get 13 exceptional titles.

The top secret Knickerbocker Project is putting the finishing touches on the ultimate biological weapon: a breed of gigantic, fire-breathing, mutant iguanas engineered to stomp and burn cities on the Japanese mainland. The Navy calls upon Thorley to don a rubber suit and become the merciless Gorgantis and to star in a live drama that simulates the destruction of a miniature Japanese metropolis. If the demonstration succeeds, the Japanese will surrender, and many thousands of lives will be spared; if it fails, the horrible mutant lizards will be unleashed. One thing is certain: Syms Thorley must now give the most terrifyingly convincing performance of his life.

In the dual traditions of Godzilla as a playful monster and a symbol of the dawn of the nuclear era, Shambling Towards Hiroshima unexpectedly blends the destruction of World War II with the halcyon pleasure of monster movies.

“The most provocative satiric voice in science fiction.”
—Washington Post

“…widely regarded as the foremost satirist associated with the SF and fantasy field.”
—SF Site

“Morrow understands theology like a theologian and psychology like a psychologist, but he writes like an angel.”
—Richard Elliott Friedman, author of The Hidden Book in the Bible

“…the strange brew of jolly satire and moral indignity of vintage Kurt Vonnegut….”
—Time Out Chicago

“…a reminder that for all the shenanigans in his plots, [James Morrow is] first and foremost just a great writer.”
—Bookgasm

“In the tradition of Dr. Strangelove…even as you’re laughing, you’re not sure you should be.”
—Omnivoracious.com

“James Morrow’s bizarrely funny new book Shambling Towards Hiroshima turns the usual Godzilla paradigm on its head: Instead of being inspired by the horrors of nuclear war, Godzilla is its herald.”
—io9.com

“It takes a special sort of person to…imagine a real-world basis for Godzilla….”
—John Scalzi, The Big Idea

“…a total hoot to read…recounting horrors both imagined and real with equal aplomb.”
—The Agony Column