At only $1.99, THE STRESS OF HER REGARD by Tim Powers is a steal.. er the Kindle Daily Deal 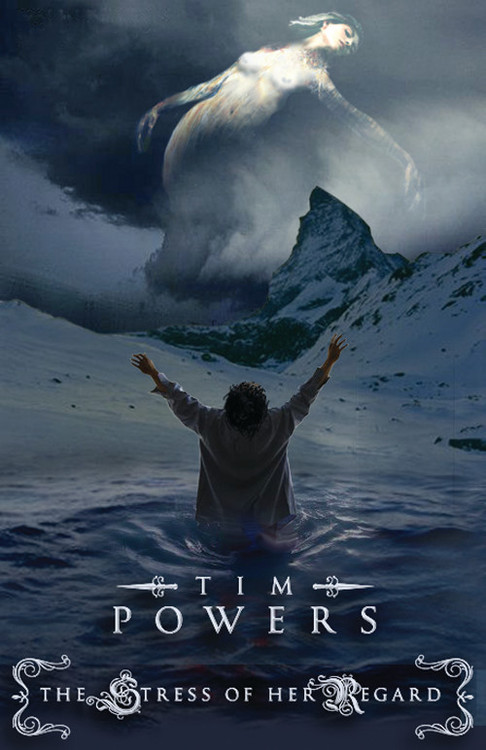 Tim Power’s classic recasting of the tragic lives of the Romantic poets The Stress of Her Regard is the Kindle Daily Deal for April 18.

“Good serious fantasy doesn’t come much better than The Stress of Her Regard.”
—Oxford Times

Michael Crawford is forced to flee when discovers his bride brutally murdered in their wedding bed. Yet it is not the revengeful townspeople he fears but the deadly embrace of the malignant spirit that is claiming him as her bridegroom.

Crawford will not travel alone; soon he is aided by his fellow victims, the greatest poets of his day—Byron, Keats, and Shelley. Together they embark upon a desperate journey, crisscrossing Europe and battling the vampiric fiend who seeks her ultimate pleasure in their ravaged bodies and imperiled souls.

Telling a secret history of passion and terror, Tim Powers (The Anubis Gates, Declare, Three Days to Never) masterfully recasts the tragic lives of the Romantics into a uniquely frightening tale. Back in print for the first time since 1994, this newly revised edition of The Stress of Her Regard will thrill both Powers fans and newcomers to this gripping Gothic tour de force.

“Strewn with literary personages and allusions, the book is entertaining on several levels….”
—Publishers Weekly

“…well-written and overflowing with imagination….”
—Bookgasm

“Doing what Powers does best, by interspersing a dozen plot lines and characters with a bucket-load of paranormal and tying them up perfectly, he has conjured a tale that could be taken from the history books and taught as fact, and no one would even bother to challenge it. The unfortunate truth is that it’s not real, and that’s what it makes it all the more amazing.”
—SF Crowsnest

For more info about The Stress of Her Regard, visit the Tachyon page.

“By turns achingly beautiful and soberingly down

Trying to get these three beasts into one photo su